After qualifying his ex-Michael King Mitsubishi Evo X in third position, Campbell made a blinder start from the second row of the grid to take the early lead from Dimitri Agathos and Matt Holt.

Nevertheless, Campbell pressed on and when Agathos was baulked by a lapped car, he was able to move into second position and when Muggleton suffered a tyre puncture and was forced into the pits for an unscheduled stop, Campbell found himself back in the lead; his outright victory also gave him the win in Class A1. 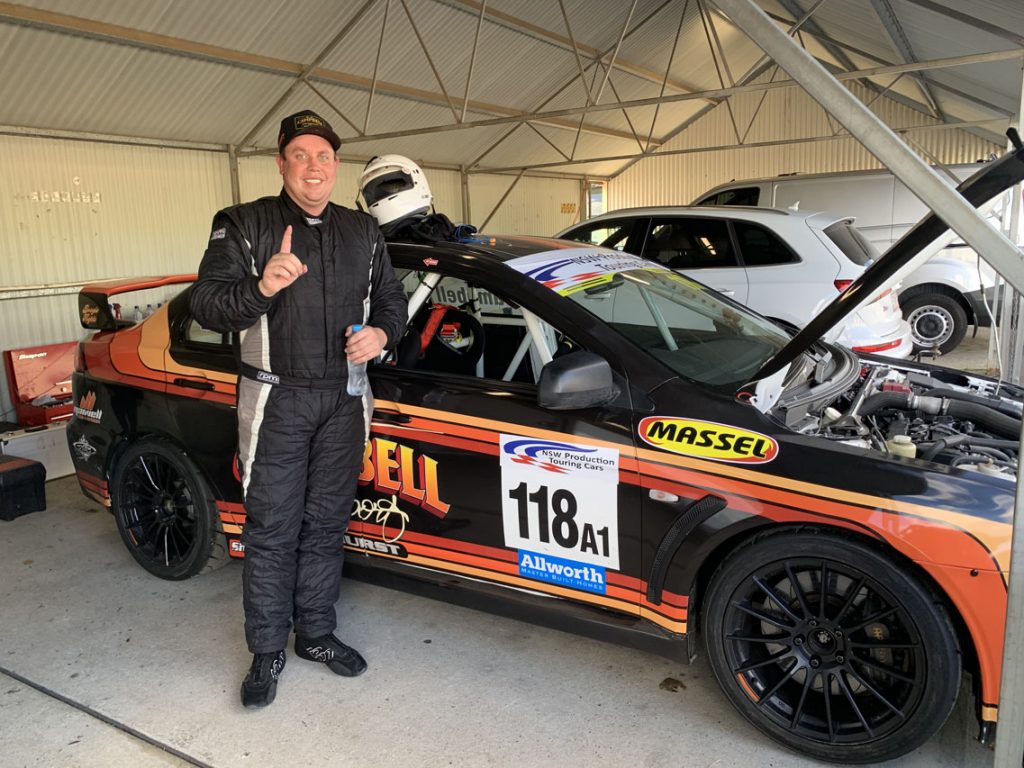 Agathos finished a strong second, despite a late turbo boost issue, while the consistent David Krusza stormed from 15th on the grid to third outright and first in Class B1. The delayed Holt/Muggleton entry was fourth (still first in Class A2) ahead of the well-driven Chris Reeves/Beau Yates VW Scirocco, which won Class C in fifth outright.

In Class B2, the Tony Virag/Liam Evans entry looked to have the early ascendancy but a mechanical failure handed the lead and the eventual win to Daniel D’Aquino, who finished sixth outright in his ex-Geoff Kite VF Commodore SS-V Redline. 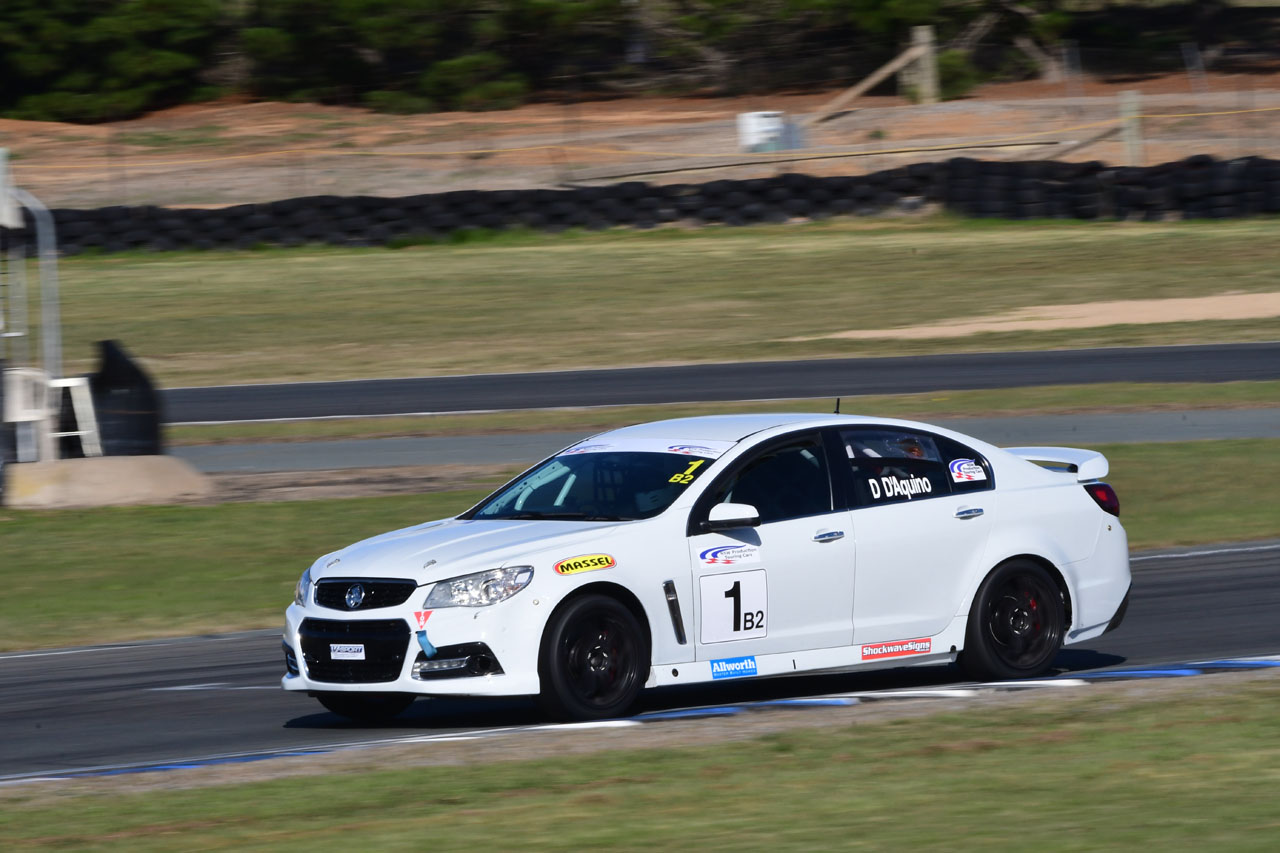 The Mike Ferns/Cody Mackay VW Polo GTi won Class D after a battle with the Tierney Toyota 86, while Jess Martin and Jonathan Beikoff drove their Hyundai Excel to the win in Class E.

Class X was represented by Anthony Soole in his BMW M4; Soole’s weekend started on a positive note when he took pole position in qualifying, but rapidly went downhill with a turbo failure.

A gallant effort by the team to change Soole’s turbo enabled him to take the start of the endurance race, but his campaign was short-lived, the car retiring after just one lap.

Earlier in the weekend, it was Campbell who emerged victorious in the Driver A sprint race, leaping into the lead with a blinder start before fending off attacks from Agathos and Garth Walden (driving the Brent Howard-owned BMW M3).

In the Driver B Sprint, Josh Muggleton took the win ahead of Agathos and Krusza. 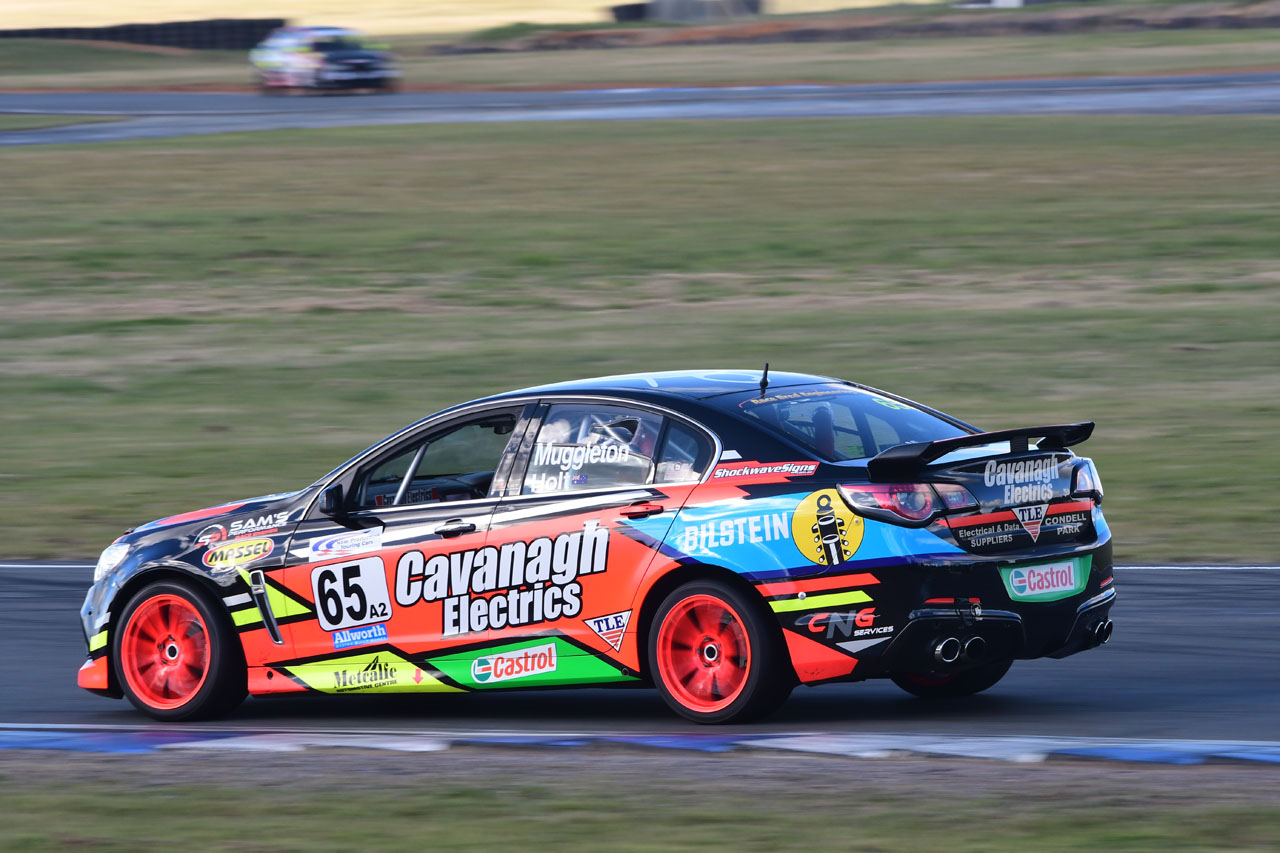 The next round of the NSW Production Touring Cars Championship is at Sydney Motorsport Park, 26 June.